When or how Christianity came to the upper Lyne valley is uncertain, but it is significant that the early name of the parish was Linton Roderick, after the Christian king of Strathclyde, Rydderich Hael, patron and supporter of St. Mungo whose monks came to the district as early as the end of the 6th century.

As a gesture of gratitude, in an undated charter (reckoned to be around 1160) Richard Comyn conveyed the Church and adjacent land "for the weal of his soul" to the Abbot and monks of Kelso. By this arrangement the Abbot took over from the Bishop of Glasgow the pastoral care of the parish and the Vicars of Linton were under the supervision of Kelso till the Reformation in 1560.

The present Church planned in 1780, was erected in 1781 and extensively remodelled in 1871. Remains of a pre-Reformation Church and manse are still to be seen in the old Kirkyard, including two recesses in the wall - the "holes" in which stood the minister's bee skeps.

Around the gallery you can see carvings of 11 biblical texts. The central one, “God is Love”, is more visible from the pulpit than by the regular worshippers in the pews.

The Church of West Linton has roots that go far back into the past. 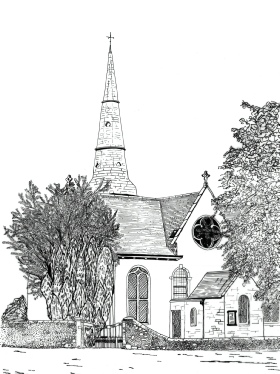 Inside the Church a special feature is the carving at the windows, the pulpit, the Communion Table and the front of the gallery. This was the work of two ladies, Miss Jane Fergusson of Spitalhaugh and Mrs Woddrop of Garvald in the latter part of the 19th century.

The stone font is a unique relic of the pre-Reformation Church.  Part of it was salvaged from the river-bed in 1929 and pieced together with the remaining fragments which were in private possession.  It was set on a wrought-iron stand and after the passage of centuries it is in use again for the Sacrament.

The stained-glass window on the east gable commemorates the ministries of the Forresters, father and son, who served the parish successively, for 93 years, and another member of the family, an Edinburgh lawyer.

On the right and left of the pulpit the windows are associated with the Fergusson family.  The most recent additions to the stained glass are the two windows under the gallery - a memorial to the men of the parish who fell in two World Wars.  The window on the left shows, the Cross of Sacrifice; the one on the right symbolises the Spirit of Peace.  They are the work of a distinguished Glasgow artist, Sadie McLellan.

On the left of the main entrance is a bronze plaque recording the visit of the Queen and the Duke of Edinburgh to the Church on 1st July 1966. Other memorials and furnishings tell their own story. These walls have stood and echoed to the praise of God for more than 200 years.

Today this is the home of a thriving worshipping community.  Many generations have cared for this building including our own.  Faith in the Lord Jesus built it.  That same faith has sustained it and today that faith is still the inspiration of those who serve and worship here.

In 2010 we celebrated 850 years of Christian witness in West Linton. We used St Andrew’s flag as the background for our logo reflecting the enduring nature of our faith. 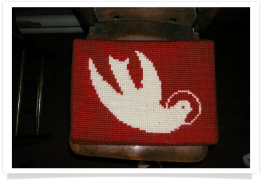 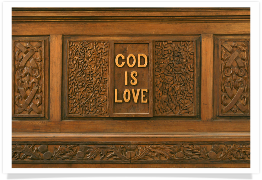 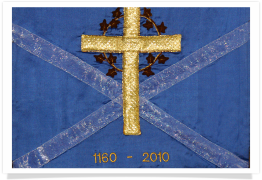 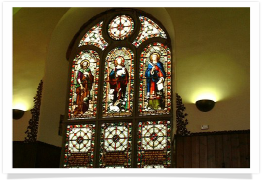 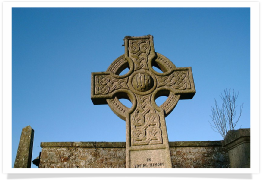